As she shares a video of a house being built with a member of her staff, her eyes fill with tears – and trying to keep her composure, she smiles.

“Don’t you love the smell? The smell of a new home?” she says.

That’s Baja California’s Congresswoman, Nereida Fuentes Gonzalez, as she shares what Amor does with her staff.

Nereida was born in Torreon, in the state of Coahuila, which is located in north-eastern Mexico. When she was ten years old, she arrived in Tecate with her mom and two sisters in search of a better life.

“During this time there was an economic crisis in our home region, and my mother who had recently gotten divorced, was struggling to keep food on the table.”

For Nereida, Tecate became the “Promised Land.” She sought opportunities that were not available to her previously. However, when they first arrived, they didn’t even have a home.

“That was the first time I realized that we were poor. In Torreon, at least, we had a proper house. When you have a roof over your head, poverty is not as poignant. My mother had to sell our old house, and what we got wasn’t much. We became homeless in Tecate and were forced to rent a small, crowded room.”

One day, young Nereida was returning from school when she saw a group of people claiming a piece of land.

“I told my mother, let’s go. Let’s get our own place. We squatted for a year until we got our papers. My sisters, mom and I built our house with wood pallets,” Nereida said as she stares at the window trying to fight back tears.

During this time, her eldest sister was the one supporting their family with a job working at a factory. Her mother was deemed too old to get proper employment.

“Adversity drew us closer. I was teaching Bible school and missionaries reached out to us. That’s when we met Pastor Gabriel who saw our desperate situation and told us he had been working with Amor Ministries who could build us a house.

We knew that by our own resources, it would have been impossible to build a proper house back then. And so we valued it even more, because the generosity behind it was priceless. We added the finishing touches with anything we could find.”

With a roof over her head, young Nereida was able to focus on getting ahead. She finished high school and got a job at a company. However, she had bigger dreams, so she saved some money and applied for a scholarship to go to college and study Foreign Trade.

“Even though my family had limited resources, we had relatives that were better off. I was able to see beyond my circumstances. Pastors from Calvary Chapel and missionaries who came to visit my home church also encouraged me. I believe that when children are exposed to the light, they are able to aspire to do better things. Their example was vital to my upbringing.”

Nereida’s mother became a community organizer, exposing Nereida to politics from a young age. In September of 2013, Nereida was elected as State Congresswoman, representing Tecate.

After reconnecting with us, Nereida allocated almost $23,000 toward the purchase of cement used in building 60 homes in her district. “I know Mere very well [Pastor Mere, one of the pastors on our Ministry Planning Board]. One time I sent a needy family to his church, and that’s when Amor reached out to show me how I too could help. It’s a blessing when you reconnect with your past. Serving families in this way allows me to give back. It’s a full circle. I know from personal experience how much the gift of a home means to the families, and that’s why I believe in supporting this cause.” 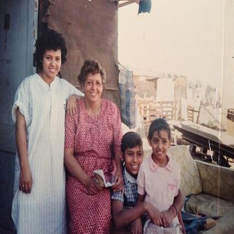 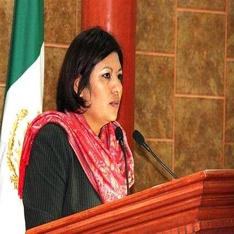 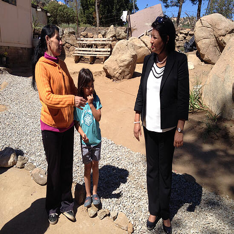 “To those who are moved by the struggle of the poor and do something about it, heaven is theirs.” Baja California State Congresswoman Nereida Fuentes Gonzalez

# Family Stories # More Than a House